This is another recipe that the hubs had perfected before we met and used it to successfully woo me in our early years.  When asked about the origin of this dish he shares a story he learned from an Italian chef at a restaurant he worked in post-college.

“Back in the day, in Naples, the fishermen would make their dinner by poaching some of the fish that they caught in the waters of the Mediterranean.  There was an old myth, however, that cooking fish in the water that it came from made you crazy.  So they called it crazy water fish!”

This dish is essentially fish, poached in a salty water bath which is infused with juicy tomatoes and garlic.  We typically serve it with green beans and some fingerlings or red potatoes.  Once you get all of the ingredients prepared this is a quick meal to make and is quite flavorful.

There aren’t too many formal recipes online, but I did find this one which is quite clear. However, we always just estimate ingredient amounts along the way and it almost never disappoints.

Finish with parsley and serve a layered plate with the potatoes, green beans, fish, and salty broth! 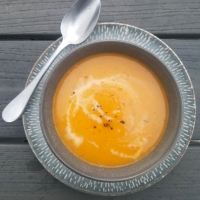 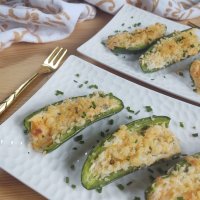